You are here: Home / praxis; the Dillard Depot. / the depot yesterday. 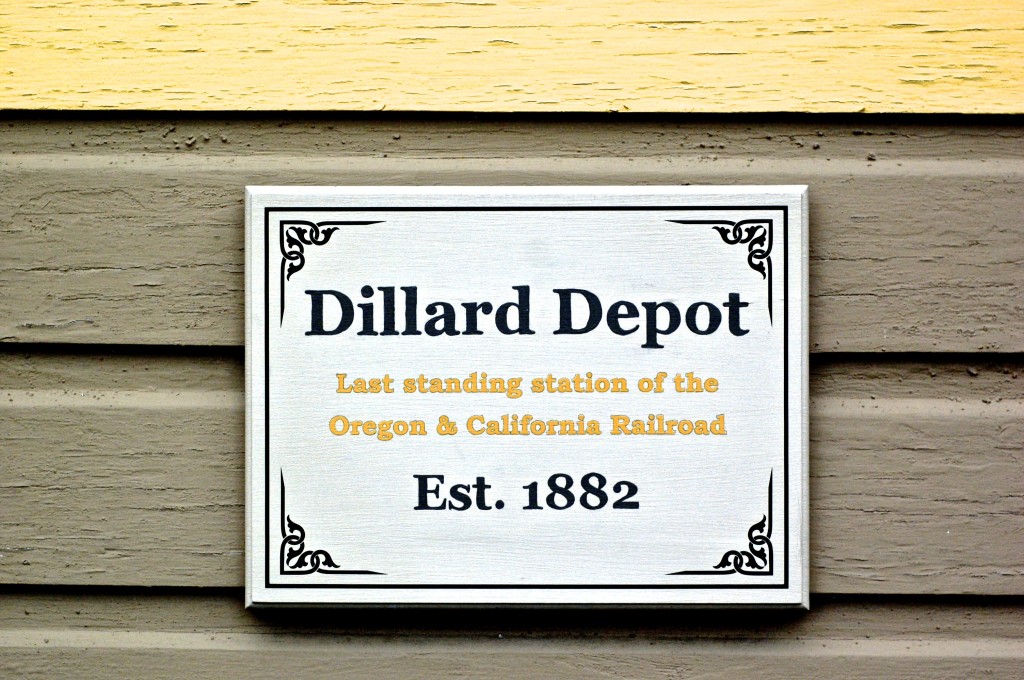 You may ask, why preserve such banally vernacular architecture as the Dillard Depot? It’s not like we go to museums to see gas stations!

Well, from the looks and content of the Depot exhibit at the Douglas County Museum in Roseburg, Oregon, the reason to preserve such an artifact is it’s ability to communicate larger histories which have influenced the history of Douglas County such as the presence of the railroad and timber industry. The railroad and the timber industry have each undoubtedly and irrevocably left their mark on Douglas County through their role in the organization and manipulation of space. The O&C act divvied up a significant portion of the land in Douglas County for the construction of the railroad, and the resulting checkerboard arrangement of public/private land continues to influence logging patterns today.

Not only are antique images of trains and timber harvests prolifically displayed throughout the county headquarters in Roseburg, but the museum itself houses extensive collections of timber and railroading artifacts.

This project isn’t explicitly concerned with a precise historical analysis of either the railroad or the timber industry, or their intertwined impacts on life in Douglas County, however both are represented in the Depot exhibit. One of the questions guiding my research was why use such an object to merely tell a general story, reiterated commonly throughout Douglas County? What might the Depot itself have to say not only for the history of railroading and timber in the county, but of the lives of people who interacted with the building itself?

The Dillard Depot was originally built in the small Douglas County town of Dillard, Oregon in 1882, 209 miles South of Portland, and 562 miles North of San Francisco, at an elevation of 546 feet. The Depot received it’s first train a year later at 10:45am on May 13th, 1883 (the time is significant as I’ll explain later), and served as a rail-stop on the O&C Railroad until the end of WWII. The right of way across land the upon which the Depot was constructed was sold to the Oregon and California (O&C) Railroad in 1872 by John and Jane Dillard, the founders of Dillard and the first family to settle in the area. The region was known at the time as “Dillard’s Bottom” and people referred to the new railroad outpost as “Dillard’s Station.” The area produced fruit, and became known for the Dillard Mellon, which was sent out on the railroad from its earliest days. Several presidents travelled the O&C railroad (now Southern Pacific) through Dillard, and made whistle stops at the small depot to charm their constituents. However, before the railroad coming South from Portland connected with the railroad advancing North from San Francisco, the Roseburg station was the end of the line for South bound travelers. This brought a wave of pioneers and homesteaders eager to settle the Umpqua river basin.

Fast forward to the 1950’s when the site upon which the Depot sat was purchased by the timber company Roseburg Forest Products, who used the Depot as an office building until donating it to the museum in 1983.

The total cost of the move and restoration of the depot exceeded $68,000 and took nearly four years to complete. The Depot was officially dedicated to railroader, historian, author, and first curator/director of the Douglas County Museum George B. Abdill and opened to museum visitors on August 11th, 1987.

A life of its own:

Along with hosting presidents and other campaigning politicians, the Dillard Depot brought many other things to the residents of Dillard’s bottom. The boxcars and passenger coaches that rolled into Dillard brought the latest items from the world beyond the Umpqua basin. The incoming trains brought everything from new fashion trends worn by traveling statesmen and their entourages to farming equipment, seed, produce, fabrics and more. The railroad brought the “new” to Dillard residents, it brought excitement. Naturally this drew curious spectators to the small building every time the clacking of a rickety train echoed through the small valley. People would congregate in and around the small building to welcome the “new” coming in from outside, carried on the backs of a fire breathing steam dragon. The entire event was a spectacle, old hill billies would stand furthest away, betraying their mistrust of the fiery beast as it approached at 15-20 miles per hour. We can imagine the buzz of the scene, as people chatted and waited for the 25 ton locomotive to come to a halt. At times the incoming train would contain shipments of freight dispersed to local buyers, and other times the spectators would be delighted with the acts from traveling circuses or moved by the sermon delivered from the chapel car by a mobile minister. Besides the thrill generated by incoming trains, the Dillard Depot served a steady purpose as a community hub, where individuals could come together to know the time of day (railroad stations were pioneers of standardized time, hence the significance of the 10:45am arrival mentioned above) or get updates from the station’s telegrapher, who was the news link to the outside world. At the time the telegraph wires clicked away relaying accounts of sporting events, elections, disasters, wars and other happenings of the day.

It seems as though the Station held something for everyone back in late 19th century Dillard, however we might not have enough material to account for all the perspectives of the people who interacted with the Depot at the time.

As far and wide as I searched, I found little record of the opinions of Native populations on the advancement of the railroad, or in regards to the Dillard Depot itself. The small information that I did find, however, told of a single interaction with First Nations peoples. The description of the Dillard’s homestead included the fact that the walls were made of mud three feet thick and the door cut from hefty tin in order to shield against gunfire specifically from Native peoples. I’m concerned this description might misplace the violence of the time into the hands of the Native population, when other settlers could be equally capable of violence, thus motivating the Dillards to built their fortified house-on-the-hill. 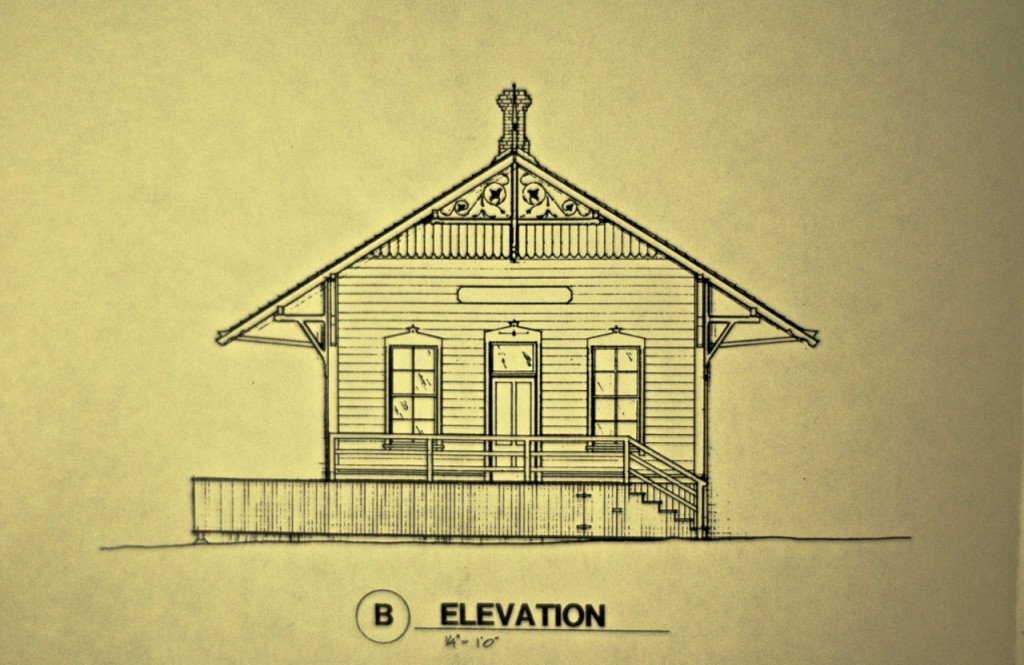 An architectural elevation of the Depot done prior to it’s move from it’s original site to it’s current home at the Museum.