You are here: Home / praxis; the Dillard Depot. / the depot tomorrow. 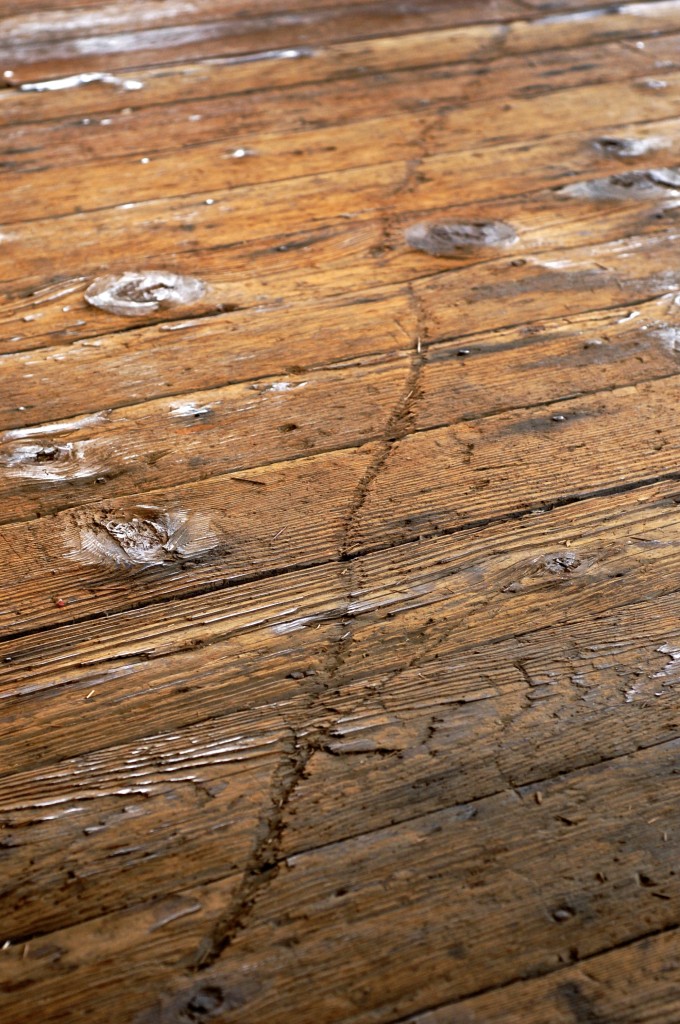 A large scar runs across the floorboards of the luggage room, evoking a narrative of use.

The Dillard Depot is an intensely entangled object. Not only is it the last of it’s kind possessive of it’s own history as an object, but also can be used as a rich medium through which to represent the history of several influential industries present throughout Douglas county.

My goal has been to tease apart the common story/perception of the Depot in order to reveal the building’s own story and role in shaping events, and not merely understand the impacts of the O&C Railroad or the Timber Industry in Douglas County. By doing so I hope to show how the Depot itself acted with agency, and affected the lives of the very real people of Dillard, Oregon. That is, I tried to build an understanding of the object as an actor engaged with it’s environment in a complex way, both a product and shaper of life in Dillard. As blogger Omar from Orgtheory.wordpress.com says about Bruno Latour’s approach to hybrid objects,

“Those entities that [most people] do not ascribe that special property of “agency” to actually behave and affect the world…For instance, they act on humans, they make humans do things, they participate in the creation of large socio-technical networks that are responsible for a lot of the “wonders” of modern civilization.”

This doesn’t mean looking at the object as merely historical representation. That is, I don’t want to speculate how people (native and settlers) of the late 1800s might have perceived the Depot as a symbol of technological power/sublime, dominion over nature, conquest of indigenous populations, manifest destiny, or other larger themes such as progress. Furthermore, I believe it’s problematic to reduce the current exhibit to express only the selected history of the O&C Railroad and the timber industry.

Therefore, I propose an attempt to “recombine” the Depot to tell the object’s own fascinating life story, as well as use it as an opportunity to explore broader concepts and themes such as the role of the O&C Railroad in influencing timber lands, the early days of railroading, the technological sublime, and manifest destiny, to name a few.

This could be accomplished by including artifacts from the spectrum of the Depot’s life mixed within the exhibit. Imagine; on top of the station manager’s desk a typewriter sits next to a fax machine and a telegraph. On the floor you might see a settler’s luggage, and in the back room a pile of Dillard Mellons. Facsimiles of “antique” photographs could be recreated to depict lively gatherings of folks in the Depot, crowded around the telegraph or waiting for the arrival of the last train bringing the next new thing to Southern Oregon.

I see layers upon layers of histories and uses, artifacts and lessons compiled and commingling, entangling and tripping over one another to tell their story, to play their roles, and to communicate their moments within the entire life story of the Dillard Depot.

Perhaps such an exhibit would be overwhelming, but would undoubtedly welcome exploration and curiosity. Maybe by fostering inquiry into the myriad layers or strings of the knot that is the Dillard Depot, young generations of Douglas County Citizens can learn how to approach their home in more complicated, critical, and reflexive ways, and learn to lead in the future with more than a fixed gaze into the history of their land. 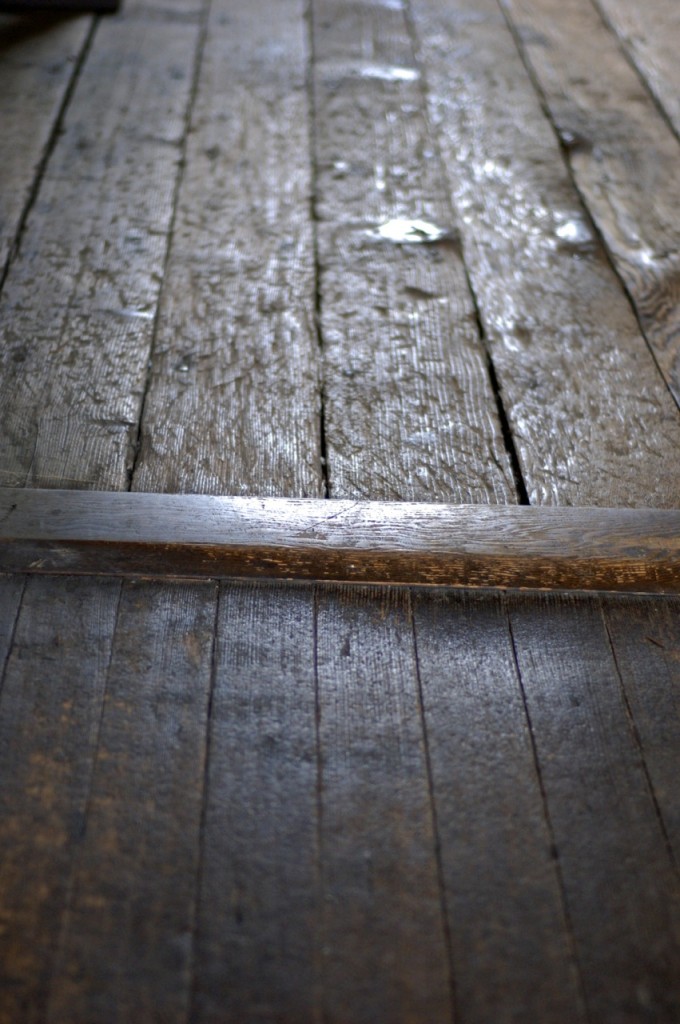 The threshold between the luggage room and the passenger room betrays a notable difference in flooring which speaks to the different intended uses of the spaces.