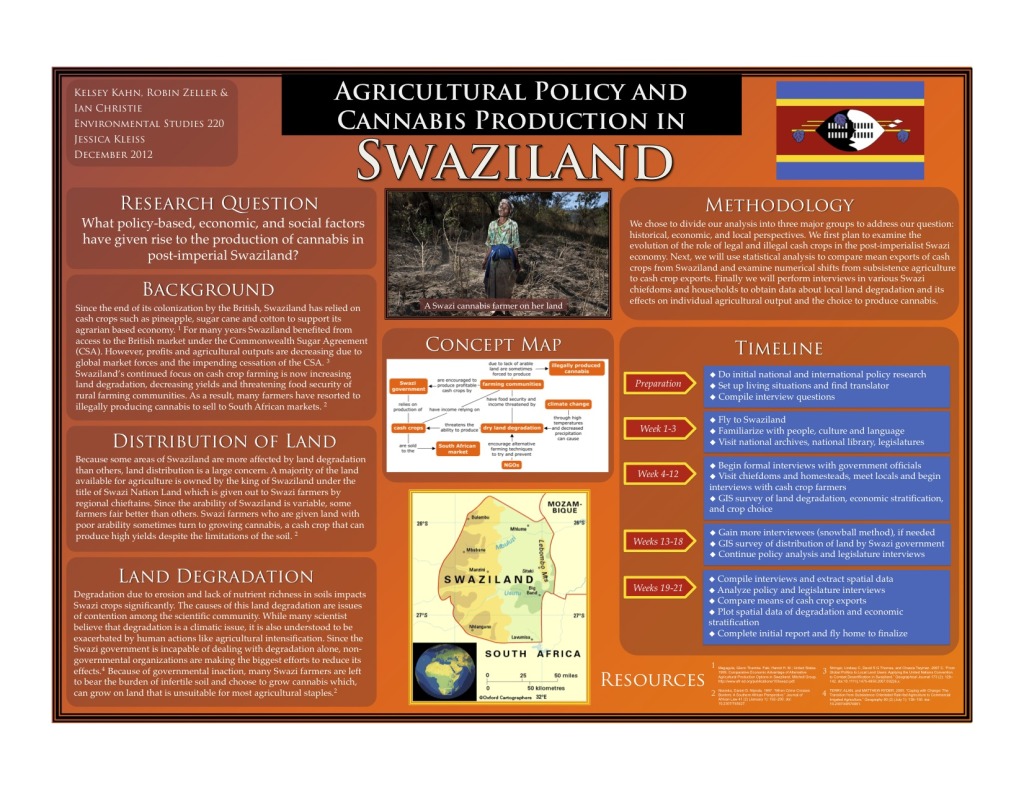 From the end of its colonization by the British, Swaziland has relied on cash crops such as pineapple, sugar cane and cotton to support its agrarian based economy. For many years Swaziland benefited from access to the British market under the Commonwealth Sugar Agreement (CSA). However, profits and agricultural outputs are decreasing due to global market forces and the impending cessation of the CSA. Swaziland’s continued focus on cash crop farming is now increasing land degradation, decreasing yields and threatening the food security of rural farming communities. As a result, some farmers have resorted to illegally producing cannabis to sell to South African markets.

Because some areas of Swaziland are more affected by land degradation than others, land distribution is a large concern. A majority of the land available for agriculture is owned by the king of Swaziland under the title of Swazi Nation Land which is given out to Swazi farmers by regional chieftains. Since the arability of Swaziland is variable, some farmers fair better than others. Swazi farmers who are given land with poor arability sometimes turn to growing cannabis, a cash crop that can produce high yields despite the limitations of the soil.

Degradation due to erosion and lack of nutrient richness in soils impacts crops significantly. The cause of the land degradation that is plaguing crop production in Swaziland is widely debated. While many scientist believe that degradation is a climatic issue, it is also understood to be exacerbated by human actions like agricultural intensification. Due to the fact that the Swazi government is incapable of dealing with degradation alone, non-governmental organizations (NGOs) are making the biggest efforts to reduce its effects. Due to its robust nature, cannabis can grow on land that is infertile for most agricultural staples.