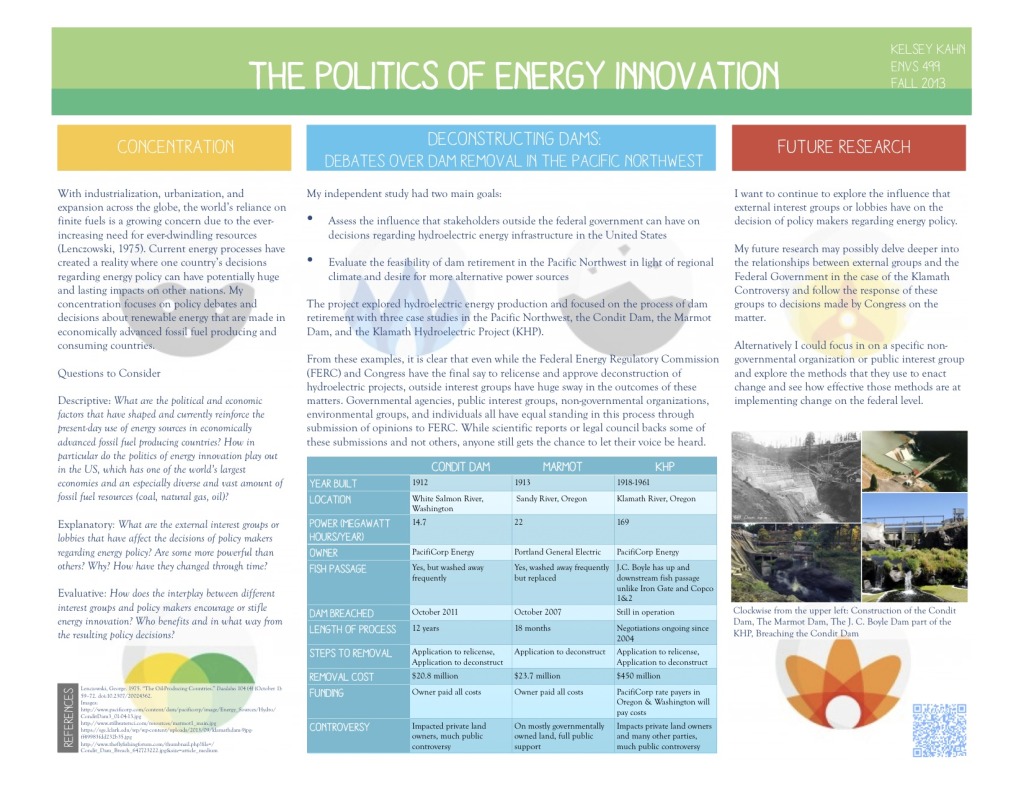 Increasing temperatures, growing populations, and the continued release of carbon dioxide into the atmosphere, are making the decision to deconstruct sources of clean renewable power more difficult than ever. Using the Condit Dam, the Marmot Dam, and the Klamath Hydroelectric Project as case studies, this project has explored why and how dams are deconstructed and what roles non-governmental entities play in the process. While production of CO2 free energy may be the main goal for some, a diverse set of stakeholders play a role in the decision to either relicense or deconstruct a hydroelectric project. Even though government agencies like FERC, the Fish and Wildlife Service, and the National Marine Fisheries Service make the final decision, anyone can have a say as to what should be taken into account when relicensing or deconstructing a dam. In the three case studies addressed, it was clear that the presence of endangered species and the necessity to update fish passage made the costs of keeping the dams outweigh the benefits. Although the decision came down to a cost-benefit analysis, environmental groups, non-governmental organizations, and native tribes still had significant sway in these three cases, especially in the continuing case of the Klamath Hydroelectric Project where the outcome remains to be seen.