You are here: Home / About EcoTypes / When Our Ideas Differ: Three Options
What’s below?

When you and I differ

Our world today is a world of difference and conflict. We routinely find it in the news, where environmental issues are portrayed as one side against another. What are we to do?

One could reasonably challenge this assumption that the environmental arena is governed more by conflict than consensus. In the context of the U.S., polls seem to indicate general support for environmental protection and stronger climate policy—let alone the overwhelming scientific consensus over anthropogenic climate change.

Many of us avoid these uncomfortable differences by affiliating with people, media, or organizations with whom we find commonality. Thus, for instance, students in environmental higher education may share common motivations and concerns, and this solidarity may feel empowering. But difference and conflict are huge challenges to progress in our world today, whether or not we experience them daily.

Difference is a reality in EcoTypes as well, where each EcoTypes axis is defined by opposing poles. As one example, the Change axis is defined by incremental vs. radical approaches. You may find, after taking the EcoTypes axis survey, that your Change axis score differs from those of others. Does this mean you are wrong and they are right? Is there some compromise position that would bring you together, or is conflict inevitable?

Let’s pay attention to the possibility of difference and conflict. What should we do when our environmental ideas differ? We’ll consider three options: Agree, Disagree, or Engage. Each, significantly, presumes a particular notion of truth and thus offers particular opportunities and constraints.

Perhaps the most noble option is to strive to find agreement, often via compromise: whereas initially you and I seem to differ, after talking it through for awhile we may discover that we agree. In the Agree case, we work together to find a truth we can both share.

We all would love to find agreement over environmental issues: this may be why many people are drawn to approaches such as reconciliation ecology (Rosenzweig 2003). But environmentalists are also drawn to actions such as protests (e.g., Fisher et al. 2005; Rootes 2007; Olzak and Soule 2009), where the underlying reality is one of strong disagreement and the imperative is to fight for one’s side. In the Disagree case, others hold some notion of truth we find unjustified, possibly even repugnant. We thus choose and fight for our truth.

Disagreement has fueled major environmental protests in recent years, such as Dakota Access Pipeline in North Dakota in 2016-17, the 2017 People’s Climate March in Washington, D.C., or the global Extinction Rebellion protests of 2018-19.

Many environmental organizations thrive on the Disagree option as well, at least in their fundraising campaigns. Go to Greenpeace USA, for instance, and you may read a popup saying “Do we accept a truly terrifying vision of a broken planet, or do we fight for something better?” with a big “Donate Today” button below. As another example, the Natural Resources Defense Council fundraising banner reads “We are on the frontlines every day waging fierce courtroom battles and hard-hitting campaigns in defense of our climate, public health, wildlife, and wild places.” Apparently, Disagree is a way to get donations!

Let’s go back to notions of truth. Whether as a realm of mutual agreement, or the basis for strong disagreement, Agree and Disagree assume truth in the singular. This is understandable, given how we generally approach environmental truth as of fundamental importance in combating falsehood—say, in establishing the human role in climate change, or the economic viability of certain climate solutions.

But what if difference is a result of fundamentally incompatible truths in the plural, where both appear to have some justification? Maybe this option helps explain current conflicts and the apparent limitations of achieving resolution via Agree or Disagree. Let’s consider what Nobel Prize winning physicist Niels Bohr—known among others for exploring the wave/particle paradox of electromagnetic radiation such as light—had to say:

Here we can no longer assume truth in the singular, whether via Agree or Disagree; but neither have we embraced full-on relativism, where “truth” is always in scare quotes. This third realm is built on what Bohr called complementarity (Plotnitsky 1994; Bohr 1937; Plotnitsky 2014), with paired truths—each accurate, yet incomplete—arising from different ways of interacting with reality, as in the wave vs. particle understanding of light.

Let’s call this option Engage, where we deliberately seek out and interact with people across difference (Proctor et al. 2018). In Engage we remain committed to our own experience of environmental reality as true, yet in the accurate-but-incomplete sense of complementary truths. Engage is a mutual search for the profound truths emanating from our differentiated expertise, and an exploration of the creative tensions and possibilities arising from these complementary truths.

There is no guarantee of success with Engage, as suggested in examples of engagement over controversial issues such as gun violence. But there remains the possibility that Engage reveals, and builds on, more profound environmental truths than those that underly Agree or Disagree. And isn’t that an exciting opportunity for progress in this age of seemingly intractable conflict? 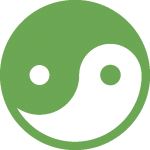 Interaction across difference/truths in the plural

The Engage option is hard work. It’s far more than remaining in our communities of commonality. But it’s also more than a mere exchange of environmental perspectives—you believe this, I believe that—which encourage respect but lack any commitment of mutuality.

Via the coproduction approach, Engage remains mindful that truths are never firmly objective nor flimsily subjective. Environmental truths, as all knowledge, arise from the interaction of knowing subjects with objects of knowledge. Riding this “cusp”—the connection between subject and object in the coproduction of knowledge—is both challenging and eminently rewarding in environmental engagement (Hayles 1995).

Building in the insights of Bohr above, approaching environmental difference via the coproduction of knowledge suggests two related scales of engagement. Let’s call the first “truths data”: to get beneath our immediate differences—say, I support this policy but you oppose it—to reveal deeper difference, the profound truths revealed by our differentiated experiences. One community, for instance, may know an environmental issue intellectually via related literature, whereas another may know it more viscerally via workforce labor (White 1995). Here the focus is to discuss our varied experiences and what they have revealed about this issue.

The second scale of engagement is deeper, and vital to maintaining mutuality and making progress; let’s call it “truths metadata.” Since our truths arise from particular experiences with environmental reality, these truths are necessarily bounded, thus applicable to particular spatiotemporal scales or sociocultural contexts—though never merely subjective. When we explore truths metadata (data about data), we must acknowledge particular, limited realms of expertise among ourselves and others. Yet engaging around truths metadata can turn what may feel like a negative act (admitting what we don’t know) into a positive act (establishing our realms of expertise). Together, mutually exploring truths data and metadata offer a robust, if challenging, way forward in the coproduction of knowledge.

What is the goal of coproduction, and its truths data/metadata? Again, it is not some mere exchange of perspectives; one needn’t defend this important but banal goal. A good way to think the coproduction of knowledge is learn from the opportunities and challenges facing environmental interdisciplinarity. It’s not difficult to realize that many scholarly disciplines can contribute to deeper understandings of environmental issues; but the question is, how should these contributions relate? Two needs are for greater inclusivity and greater coherence, “…the breadth and integrity, respectively, of the interdisciplinary mix” (Proctor et al. 2013, 332). Greater inclusivity is achieved via openness in the coproduction process, expanding the circle of participants as much as possible; greater coherence is achieved by building frameworks that relate—though not necessarily resolve—the truths data/metadata that emanate from this expanded circle.

Even with the goals of greater inclusivity and coherence, engagement will not usually result in some tidy, puzzle-piece coproduction of knowledge, in which environmental differences (leading to truths data) and their corresponding realms of expertise (truths metadata) reside peacefully alongside each other. Indeed, Bohr’s notion of complementarity across a range of physical systems suggests a much more dynamic outcome of creative tension.

Consider your own body’s autonomic nervous system, responsible for a wide range of largely unconscious bodily function regulation. Its two main components are the competing sympathetic (“fight or flight”) and parasympathetic (“rest and digest”) systems. These systems aim toward entirely different goals, yet ultimately work together.

Perhaps as with physical reality and the body, the creative tension of Engage happens if all sides hold to their truth, and remain committed to mutuality as implied in knowledge coproduction. This is decidedly not the compromise trajectory of Agree, where each side has to water down its position to find a common truth; but neither is it the divergent truth trajectory of Disagree, where mutuality is lost.

Creative tension is, well, both creative (exciting!) but to some extent tense (alas…). Difference is difficult to explore, but if done in a sensitive manner it may reveal the deepest truths we mutually discover in the context of environmental issues.

So, how may what you have learned here apply to EcoTypes? Let’s consider implications for EcoTypes topics, axes, and themes, in particular how Agree, Disagree, and Engage apply.

EcoTypes is about Engagement!

One summary recommendation could be this: as you consider difference via EcoTypes, do remain open to the Agree, Disagree, and Engage options, but pay special attention to Engage, as it may be an option you have not considered.

As suggested above, one of the best ways to appreciate the Engage option may be by exploring EcoTypes themes. You could do this by reading more fully about nonhuman/human Place, old/new Knowledge, and small/big Action, then following the Exploring themes page, which includes recommended activities.

Enjoy your exploration of environmental ideas via EcoTypes, and do remain open to the unique ways Engage may help us successfully navigate difference.

Jasanoff, Sheila, ed. 2004. States of Knowledge: The Co-Production of Science and the Social Order. London: Routledge.

O’Leary, Rosemary, and Lisa B. Bingham, eds. 2003. The Promise and Performance of Environmental Conflict Resolution. Washington D.C.: Resources for the Future.

White, Richard. 1995. “‘Are You an Environmentalist or Do You Work for a Living?’: Work and Nature.” In Uncommon Ground: Toward Reinventing Nature, edited by William Cronon, 171–85. New York: W.W. Norton & Company.