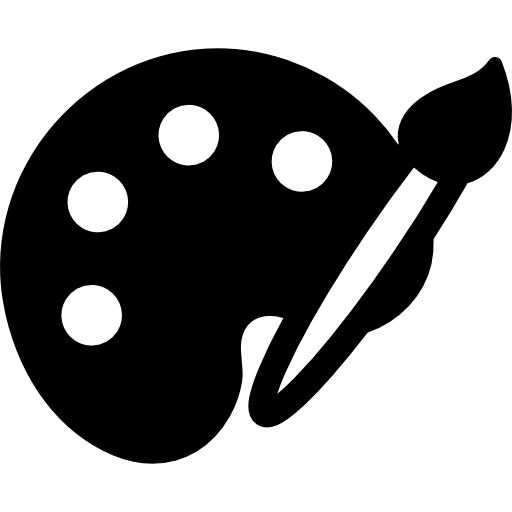 Is beauty primarily to be found in untouched, wild nature, or in landscapes crafted by humans?

Aesthetics is both an age-old philosophical tradition and an important determinant of human action: we are moved by what is beautiful. The EcoTypes Aesthetics axis considers one key difference: whether we are drawn to wild vs. human-crafted landscapes.

In the long history of aesthetics, the study of beauty, there has been overriding emphasis on human art and artifice; yet over the last several centuries, aesthetics has also moved into the realm of the nonhuman (Carlson and Zalta 2016). Perhaps due to this bifurcated history of aesthetics, and also due to the place (and displacement) of nature in our broader history of ideas, environmental aesthetics has forever struggled with the question of whether—and how one would justify whether—beauty requires art and thus a (human) artist fashioning the landscape, or whether there is something singularly beautiful in unmanaged, untamed nature.

When aesthetic appreciation of the nonhuman realm returned in roughly the mid-18th century, it did so with a heavy dose of natural theology, a long-favored doctrine that nature is a book like the Bible which humans could read to understand the beauty, mystery, and power of the divine (Glacken 1992). Glacken’s summary of this era nearly 300 years ago suggests characteristics that do not sound entirely foreign today:

It was an age in which sensitive poets, travellers, ordinary people alike unashamedly watched, became lyrical, and described as best they could waterfalls, cataracts, mirror lakes, lonely crags and precipices, Alpine scenery, winding roads, panoramic views, solitary plains, strolls along the seashore with spires in the distance (Glacken 1992, 110).

Other vestiges of 18th-century environmental aesthetics are evident today as well. One is the distinction scholars have made between the sublime and the picturesque (Carlson and Zalta 2016). The picturesque is an aesthetic experience of nature as picture-like—much as Kodak picture spots were once located on many US national parks, designating just the right location and perspective to apprehend beauty. In contrast, the sublime was a much less domesticated, much more fearsome apprehension of the nonhuman—as William Cronon has written in an essay on wilderness,

Sublime landscapes were those rare places on earth where one had more chance than elsewhere to glimpse the face of God (Cronon 1995, 11).

Indeed, the spiritual and religious connotations of landscape aesthetics as summarized by Glacken and Cronon led to real implications for landscape protection; as Cronon continues,

God was on the mountaintop, in the chasm, in the waterfall, in the thundercloud, in the rainbow, in the sunset. One has only to think of the sites that Americans chose for their first national parks…to realize that virtually all of them fit one or more of these categories. Less sublime landscapes simply did not appear worthy of such protection (Cronon 1995, 12).

One can (as Cronon did) trace a direct line from historical veneration of the sublime to contemporary veneration of the wild and wilderness, whereas the picturesque followed a rather different route, perhaps because the human hand, at least a human framing of the view, was always evident. Thus two recent volumes in environmental aesthetics are The Aesthetics of Natural Environments, and its companion, The Aesthetics of Human Environments (Carlson and Berleant 2004; Berleant and Carlson 2007).

Contemporary environmental aesthetics very much seeks to expand this boundary of beauty to embrace, at least consider, human-fashioned landscapes; thus, the final section of Environmental Aesthetics: Crossing Divides and Breaking Ground (Drenthen and Keulartz 2014) is titled “Wind Farms, Shopping Malls, and Wild Animals,” and among other important recommendations for environmental aesthetics in future, Yuriko Saito endorses “artefacts, human activities and social relationships,” including mundane objects constructed from the physical world and active human engagement with the nonhuman beyond the (Kodak moment) view (Saito 2010, 373).

Yet there are other contemporary movements in environmental aesthetics that celebrate the wild. Some date back to Aldo Leopold’s famous dictum from Sand County Almanac that

A thing is right when it tends to preserve the integrity, stability, and beauty of the biotic community. It is wrong when it tends otherwise (Leopold 1949, 242; emphasis added; see also Simberloff 2012).

One source of continued aesthetic inspiration in wilder elements of nature has, perhaps ironically, been science. E.O. Wilson, famous for his role in inventing sociobiology, has written extensively on how biological adaptation can provide a scientific basis to understand human aesthetics as well as ground environmental protection in biophilia (Wilson 1998a, 1998b, 2009). Dutton (2003) has provided a more nuanced, yet supportive, review of this biological grounding for aesthetic appreciation of nonhuman nature. Yet anyone familiar with debates over sociobiology knows that there are many critics of this view as well!

The EcoTypes Aesthetics axis thus invites you to reflect on what you consider to be beautiful, and to situate your own aesthetics in a rather deep history and continued debate around beauty in our environment.