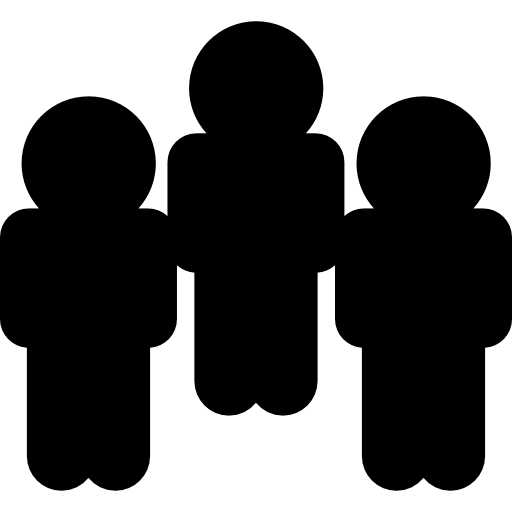 Is environmentalism sufficiently diverse given efforts to date, or should broader participation across race and class receive higher priority?

Some argue that American environmentalism has primarily reflected middle-class white people and their interests, leading to actions over the last few decades toward greater diversification. The EcoTypes Diversity axis considers the current priority of diversifying the environmental movement.

Contemporary American environmentalism may be interpreted via its history, philosophy, and politics; yet all relate in part to its demographics: who is (and isn’t) included in the environmental movement, and by implication whose concerns are (and aren’t) being prioritized in environmentalism. There have been important arguments that late 20th century American environmentalism primarily reflected white and middle-class interests, in spite of the broader demographics of environmental concern (Gottlieb 2005; Sandler and Pezzullo 2007). Many of these arguments (e.g., Stein 2004; Enderle 2007) have been made in reference to diversification viewed broadly, but often with some attention to the environmental justice (EJ) movement. An EJ timeline on the U.S. Environmental Protection Agency website demonstrates the increasing prominence of these issues in U.S. federal policy since the 1980s; in one prominent definition, the EPA considers EJ to be

…the fair treatment and meaningful involvement of all people regardless of race, color, national origin, or income, with respect to the development, implementation, and enforcement of environmental laws, regulations, and policies.

A growing body of evidence reveals that people of color and low-income persons have borne greater environmental and health risks than the society at large in their neighborhoods, workplaces, and playgrounds (Bullard and Johnson 2000, 558).

To Bullard, demographic diversification of the American environmental movement would also diversify its key concerns, moving from a definition of environment as nature (e.g., wilderness and conservation) to

This expanded notion of environment may, however, be more attractive to some in the environmental movement than others, given their issue priorities.

Given this important history, the EcoTypes Diversity axis considers whether adequate and effective attention has been paid to diversity via EJ and related efforts—a consideration that has generated some debate. On the one hand, Bullard et al. (2008) state

After two decades of intense study, targeted research, public hearings, grassroots organizing, networking, and movement building, environmental justice struggles have taken center stage. Yet, all communities are still not created equal. Some neighborhoods, communities, and regions are still the dumping grounds for all kinds of toxins (p. 374).

Yet one sympathetic critic, Christopher Foreman, has taken issue with this “dumping grounds” approach (Foreman 2011). Foreman notes tensions between the democratizing tendencies of EJ and the larger rationalizing tendencies that generally guide effective and efficient environmental policy, ultimately arguing that EJ

…poses a potentially serious, if generally unrecognized, danger to the minority and low-income communities it aspires to help. By discouraging citizens from thinking in terms of health and risk priorities (that is, by taking the position, in effect, that every chemical or site against which community outrage can be generated is equally hazardous), environmental justice can deflect attention from serious hazards to less serious or perhaps trivial ones (Foreman 2011, 117; cf. Foreman 2000; 2013).

…would have required the groups to fire close to half of their employees for being white—a move that would likely have raised eyebrows at the U.S. Department of Justice’s Office of Civil Rights, which is charged with enforcing nondiscrimination in employment (Shellenberger and Nordhaus 2007, 85).

Beyond the environmental realm, we know that diversity has prompted major debate in the U.S. In general, recent surveys suggest broadbased support (Todd et al. 2017; Dann 2018; Fingerhut 2018), though with marked differences by political preference, and with greater or lesser priority relative to other policies.

In sum, it may be possible for reasonable people to disagree over the continued priority of demographic diversification in environmentalism—a politically and emotionally charged but important conversation. And related concerns may arise over the expanded suite of environmental issues Bullard and others recommend, if more traditional issues such as habitat conservation or wilderness protection are de-emphasized as a result. The Diversity axis survey statements reflect these possible differences, while avoiding more charged differences among people in the U.S. (e.g., whether or not diversity is a good thing) that may suffer from social desirability bias when presented as survey items.

As a final note, the above has primarily focused on demographic diversity, yet any deeper reflection on diversifying environmentalism would ideally address geographic and ideological dimensions as well. If demographic diversity has historically focused on people (largely in the U.S.), geographic diversity focuses on places around the world, where biophysical process, resource-based livelihoods, and priority issues vary widely; and ideological diversity focuses on perspectives, which may or may not be the same across different people and places. That there is a strong body of literature moving in these directions (e.g., Walker 2009; 2012; Guha 2014; Sikor and Newell 2014; Bauer 2015; Pellow 2017) is good evidence of the expanded relevance of diversity in the context of environmentalism.