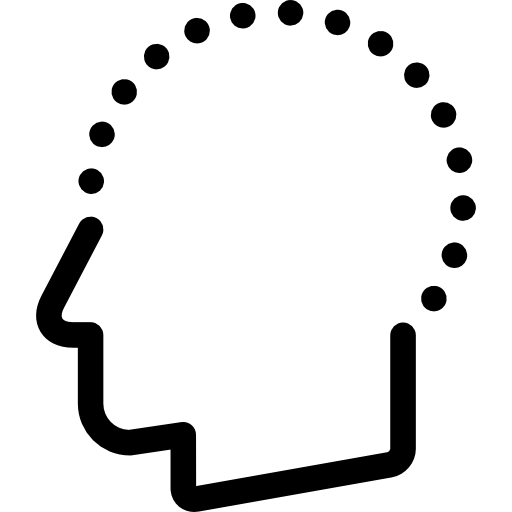 Should we approach environmental issues by focusing more on ideas and beliefs, or on material practices and behaviors?

Philosophers and scientists have long pondered the domains of mind vs. matter. The EcoTypes Domain axis likewise ponders our emphasis on ideal vs. material dimensions of environmental issues—what we think vs. what we do.

If one pauses for a moment to consider the causes of, and solutions to, environmental problems, our answers can be organized under two broad conceptual domains, here called ideal vs. material realms. In brief, the ideal domain refers to things we think or feel, whereas the material domain refers to things we do. (Note that this difference is not exactly the same as being idealistic vs. practical.) While both domains are arguably of environmental significance, relatively little environmental scholarship attends to both realms equally, and distinct patterns of emphasis or deemphasis can be traced in many popular environmental movements. It is worthwhile, therefore, to pay attention to how we give priority or (de)emphasis to these two domains.

First, some broad background. The distinction between ideal and material domains has important metaphysical and theological roots, ultimately resonating with certain forms of dualism present in a wide range of philosophical and religious traditions, where dichotomies between mind and body, or consciousness and matter, are common—indeed, some well known approaches to religion (e.g., Eliade 1959) are inherently dualistic along broadly material/ideal lines. But material/ideal dualism has a particular history, and in the case of western scholarship has been evident at least from the mid-17th century, inheriting “…an overall framework of ideas about humanity and nature, rational mind and causal matter…that we may refer to as the Modern world view” (Toulmin 1992, 107-8).

In the social sciences, the relationship between material and ideal domains (given various names, such as action vs. consciousness) has been a key area of debate. On the one hand, the classic social theorist Max Weber claimed “Very frequently, the ‘world images’ that have been created by ‘ideas’ have, like switchmen, determined the tracks along which action has been pushed” (Weber et al. 1991, 280), whereas the notion of base and superstructure in Marxist theory is generally understood to accord causal priority to the material realm; Marx (1904, Preface) famously said “It is not the consciousness of men that determines their existence, but their social existence that determines their consciousness.”

Commonly, then, various scholarly subfields emphasize one or the other of these two domains, and here we can find clues toward their relative role in the context of environmental issues. In many humanities and interpretive social science fields the emphasis has long been on the ideal realm (e.g., thought, emotion, culture, religion), and even more recent theories in these fields such as new materialism (e.g., Bennett 2009) still carry a strong focus on meaning. Whether at individual or institutional scales, insights from these fields generally point to the significance of ideas in the context of environmental issues. One key example, for instance, is the role of nature religion and spirituality (e.g., Albanese 1991, Pepper 2005, Taylor 2010).

In contrast, other social science fields such as economics or political science focus primarily on behavior and material (e.g., economic or political) relations between people. Insights from these fields often suggest important material dimensions of environmental issues, i.e., what we do and not just what we think or feel. The material domain is the primary realm in which environmental policy is generally discussed and debated, including, for instance, economic pricing and (dis)incentives (Goodstein and Polasky 2014), or international laws and regulations (Chasek, Downey, and Brown 2017).

Emphasis on the material or ideal domain, as one finds in various academic fields, seems harmless enough. But this tendency can lead to the philosophical position of monism, a repudiation of dualism in which all existence is ultimately Matter or Mind—two very different worldviews! And these respective worldviews still very much influence the ways we approach environmental issues, leading scholars like David Pepper to adopt idealism vs. materialism as two contrasting “ways ahead” in resolving ecological crises (Pepper 1996, 295-322).

Perhaps more than other EcoTypes axis, then, it would initially seem that the ideal vs. material binary is an artificial one, that in fact both are equally significant. But the Domain axis presents an opportunity to reflect on our basic assumptions about mind and matter—the ideal and material domains—and how they differentially shape our approach to environmental issues. Though everyone may broadly agree that both are related and significant, many of us actually lean one way or the next in the environmental context—thus this longstanding debate continues!