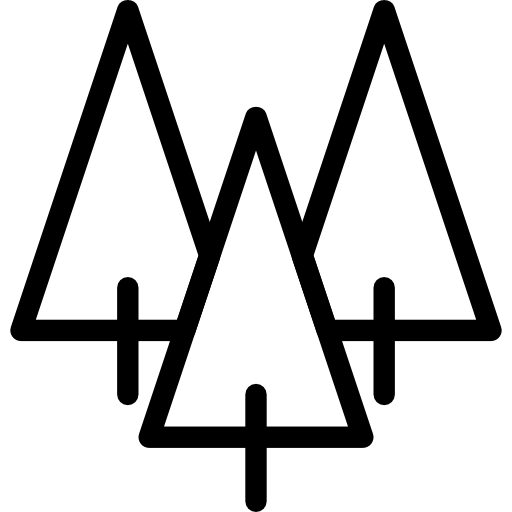 Is nature typified by its own inherent order and harmony separate from humans, or is it now fully hybrid, interwoven with humanity?

Concepts of nature, and derivative notions such as natural vs. artificial, play a large role guiding our values and behavior. The EcoTypes Nature axis addresses a key current environmental debate over pure vs. hybrid concepts of nature.

Is environmentalism about saving nature? If so, what sort of nature should be saved: wilderness? habitat? gardens? golf courses? Nature takes all kinds of forms, some of which you may prioritize more than others in your environmental concerns. Ideas of nature can be found among a wide range of popular environmental concepts; consider for instance how “sustainable” and “natural” are often interwoven. Reflecting more deeply on what we mean by nature, then, may help us craft a more thoughtful approach to environmentalism.

More broadly, ideas of nature have played a key role in western civilizations for centuries (Glacken 1967); indeed, nature is one of the most culturally laden notions in the English language (Williams 1980) with a variety of uses and critiques in academic scholarship (Castree 2005). Think of how “natural” or “unnatural” are used in a variety of popular contexts, including but not limited to environmental issues, and you’ll agree that ideas of nature qualify as a fundamental EcoTypes axis.

One key difference among scholars concerns pure vs. hybrid approaches to biophysical nature. A good deal of North American environmentalism has been grounded in notions of nature that emphasize its order and harmony, often in contrast to the human realm; witness, for instance, the significance of wilderness protection. As one looks a little deeper, this notion of nature emphasizes purity vis-à-vis humans (cf. White 2000): as the 1964 Wilderness Act stated, wilderness is “an area where the earth and its community of life are untrammeled by [humans].” The idea of purity in nature goes far beyond wilderness: common slogans around minimizing our environmental impact, for instance, often presuppose that all such impacts are negative, compromising nature’s pure state.

Over the last several decades, many scholars have modified, challenged, or rejected this pure view of nature, claiming both that the reality of our biophysical world is entangled with human actions, and that our very ideas of nature ought best to be understood as cultural and political constructions. Theirs is a more hybrid and relational view of nature that strives to avoid essentialism—the notion (generally discredited by scholars) that things have a fixed, shared essence. Scholars advancing hybrid notions of nature challenge essentialist assumptions of nature as, for instance, in equilibrium until humans disturb it (Holling 1973), or as a benign, harmonious force shaping the world (Glacken 1967). The endpoint of this hybrid approach to nature may in fact be one in which very term “nature” disappears (e.g., Latour 2004), given its questionable ontological status and mixed political import.

These arguments have typically been met with resistance: thus, for instance, the early collaborative scholarly project “Reinventing Nature,” summarized in the book Uncommon Ground (Cronon 1995), was challenged in another book, Reinventing Nature?: Responses to Postmodern Deconstruction (Soule 1996). More recently, a variety of publications (e.g., Lynas 2011, Shellenberger & Nordhaus 2011, DeFries et al. 2012) endorsing the notion of the Anthropocene, a view of Earth as fundamentally shaped by humans, have met similarly fierce opposition (e.g., Wuerthner et al. 2014, Wilson 2016; cf. Proctor 2013, Dalby 2016). It seems that scholarly debate over pure vs. hybrid nature is not going away!

Though scholarly literature on pure vs. hybrid nature is now well established, the debate may not enjoy similar recognition in popular environmental discourse. Many people recognize that, for instance, nature can be a garden as well as wilderness. But the potential ramifications of a pure vs. hybrid approach to nature go far beyond that of more vs. less humanized landscapes. Taken fully, challenges to longstanding cultural notions of nature as pure may lead to entirely new ways of approaching environmentalism and environmental scholarship (cf. Proctor 2009; 2016).