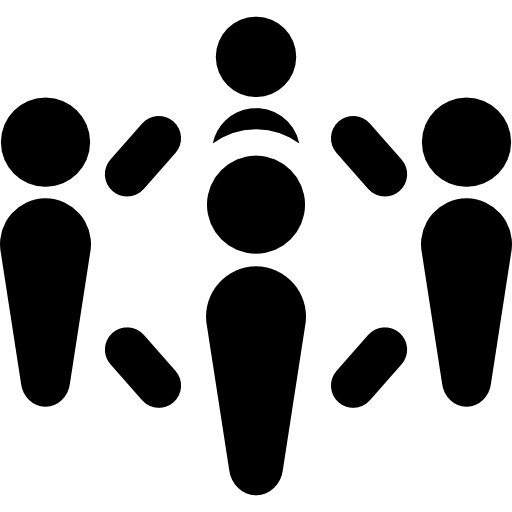 Should environmental action build on social consensus, or is it better to assume that social difference and conflict are inevitable?

Many environmental ideas actually build on ideas about people, including how we relate to each other. The EcoTypes Society axis applies a key debate, that of consensus vs. conflict views of social relations, to environmental problems.

One crucial yet often overlooked dimension of environmental issues involves our assumptions about social relations. This EcoTypes axis addresses a classic divide in sociological theory, that between consensus and conflict views of society. Though the debate over consensus and conflict theories peaked in sociology perhaps a half century ago (Bernard 1983; Manza et al. 2010), it remains deeply relevant to our understanding of environmental movements and the environmental policies we prioritize.

What are these two theories of society? Consensus theory posits that, in general, societal norms and institutions arise from the interests and desires of the people who constitute that society; in contrast, conflict theory views society as a realm of contestation and power differentials, where prevalent social institutions, laws, and policies emerge not from the consensus of the many but the powerful interests of the few, or from the result of conflicts between social groups. One would imagine that both consensus and conflict define most societies, and as suggested above contemporary sociological theory pays attention to both; but in its day (e.g., Horowitz 1962; Scheff 1967; Lipset 1985) the conflict/consensus binary, championed by eminent sociologists such as C. Wright Mills, offered a convenient and important distinction.

To consider the potential relevance of the EcoTypes consensus/conflict axis, let’s reflect on one example: how shall we best deal with air, water, and solid waste pollution? According to the consensus model, pollution arises largely from our collective contribution (whether directly, e.g., by driving cars or dumping waste, or indirectly, by consuming polluting products), and the laws that deal with pollution likewise arise from our collective input (by voting for/against laws, electing government officials that pass laws, etc.). If pollution is a problem, then all of us are in part to blame, both for causing this pollution and for failing to pass adequate laws and enforce policies that will deal effectively with pollution. Thus, the consensus view of society suggests that effective pollution control requires greater public education about its importance, and marshaling public support for laws and policies that encourage all of us to pollute less.

As sensible as the consensus view may appear, other accounts of pollution thoroughly call it into question, supporting a conflict model of social relations. Consider the work of one sociologist, William Freudenburg, who posited a “double diversion” that largely masks the conflict and power differentials behind natural resource exploitation and pollution, presenting a false front of consensus (Freudenburg 2005; 2006). This double diversion, according to Freudenburg, involved (a) disproportionality, whereby a privileged few have access to natural resources and are allowed to contribute the bulk of pollution, along with (b) distraction, whereby this inequality is hidden, thus a more consensual notion of natural resource use and pollution appears reasonable. To scholars such as Freudenburg whose work presumes a conflict model, consensus model approaches to pollution control simply continue to mask their true nature; what is needed instead is direct confrontation of the inequities that underly continued pollution by powerful corporations, and support for the poor and powerless who often face disproportionate impacts of pollution.

The above summary should bring to mind particular environmental movements that are largely built on a conflict model of society, such as environmental justice. On a scholarly front, political ecology (e.g., Robbins 2012) is also built on more of a conflict model, given its indebtedness to political economy and focus on differential power relations. As one example of a diffuse, largely consensus-based movement, sustainability has been challenged by scholars who similarly reframe it via the lens of conflict (Swyngedouw 2010; Weaver 2015; Frank 2016); more broadly, then, environmentalism itself can be built on either consensus or conflict models, with divergent visions of a desirable future (Pepper 2005). Whatever one’s inclination, it seems that more careful attention to our assumptions about social relations and power would help us more deeply understand environmental ideas (Maniates and Princen 2015).