You are here: Home / praxis; the Dillard Depot. / the depot today. 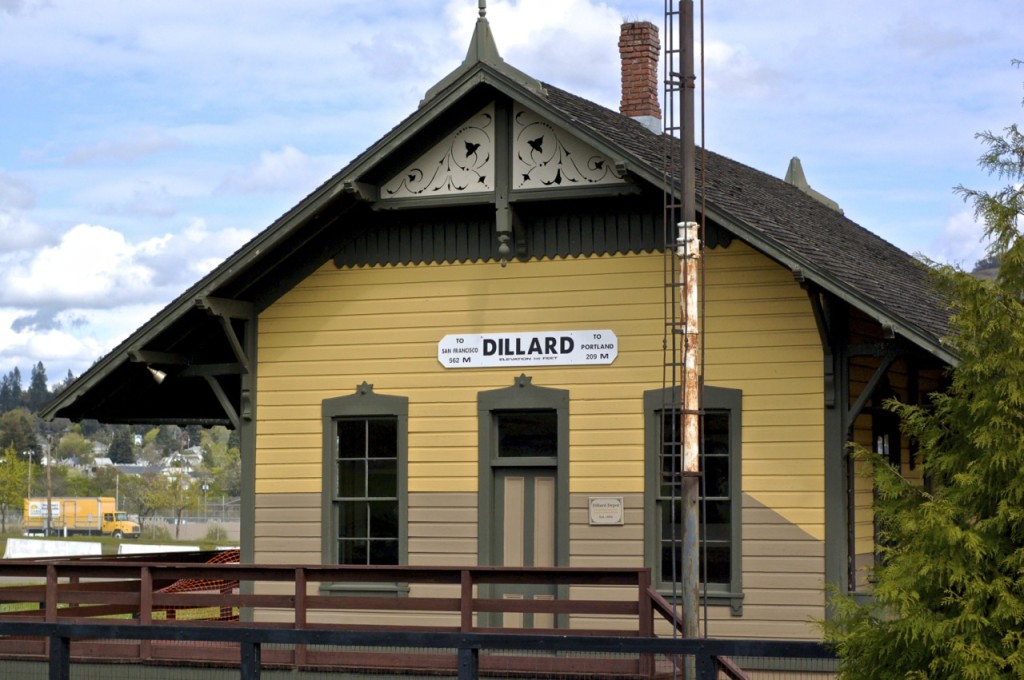 The Dillard Depot as it stands today on the grounds of the Douglas County Museum.

There is a charm to everyday objects; or rather, an aesthetic appeal that goes “beyond beauty or ugliness.” Such works of craftsmanship are alluring in part due to the ideas that their genesis is obscured in history, and their existence is owed to anonymous crafts people. These objects are often produced by hand, and in high quantity, are inexpensive, used by many people, are functional in daily life, and finally are somehow representative of the regions from whence they came. (Yanagi, 1972).

The Dillard Depot undoubtedly fits this description, and has been preserved as the last structure of it’s kind. Perhaps there’s appeal in that sentiment too, for something to be special for being the last of it’s kind, especially since it’s kind was once so common. In an Historical Significance statement I found whilst digging through the old collection of receipts and newspaper clippings about the Depot in the archives of the Douglas County Museum, I read of the rarity and importance of the Depot as a relic of the “carpenter gothic” style. According to the statement, of note are the “rich scrollwork at the gabled ends as well as the decorative purlins at the eaves.” These terms are lost on me, and I wonder how many visitors see the Depot and gaze whimsically at the “decorative purlins at the eaves.” Is this what the Depot is then, after all? A superb and rare example of an ordinary object from long ago? My joke is only meant to act as a springboard to ask further questions of the depot. Sure, the purlins are an important aspect of the object, but what else in the object’s life story is worth exploring?

Beyond historic preservation for the sake of aesthetics and romance (themselves not distinct nor immune from the following;), there is great power in determining what we hold on to. The ability to select and deem exactly what from history is worth preserving is a privilege of those in power, and represents an ability to use history to teach lessons according to certain systems of belief and values (Tomlan, 1998).

One can walk into the Dillard Depot today and learn a good deal of interesting information about the O&C Railroad company, the relationship between timber and steam engines, as well as stories from the lives of those who rode the rails and of those who laid them (Chinese workers). The Depot exhibit isn’t brimming with information like some others in the museum, but what information it presents tells a story of tremendous importance in Douglas County.

But why herald and immortalize the Depot as a representative of the railroad industry (the broader implications of O&C in terms of timber and more) and not for it’s thirty year stint as an office building? Was it not successful in it’s role providing shelter for typewriters, and later fax machines, computers and photocopiers? Is it not true that the business conducted inside the Depot under the ownership of Roseburg Forest Products touched/impacted the lives of many of the county’s citizens in one way or another (perhaps in the form of a paycheck or the decision to fell a stand of trees)? How do we know what aspects of the Depot’s history are worth retelling and representing in the current exhibit?

Perhaps the museum’s overemphasis on the O&C is because of the long and complicated relationship between the Railroad company and Douglas County. In fact, it was due to the construction of the railroad that the majority of land in Douglas County is controlled under the checkerboard pattern. The O&C railroad company was granted the checkered land by the federal government to sell in order to offset the cost of building the railroad. Today, the organization of property due to the O&C deal is of immense importance to the county’s principal industry: timber. This is a fascinating and relevant tale to tell to those who call Douglas County home, and the depot is well-suited to explain the part the O&C played in the county’s own story, as well as the broader history of railroading in it’s earliest days. And the Depot exhibit along with the rest of the museum does this quite well.

But to my eyes, the challenge presented by the old Dillard Depot is how to look beyond the controversies of O&C land and timber harvests and how these histories are represented in the depot exhibit, and peer into the object itself and attempt to imagine how this very building influenced the extraordinary lives of the (not so) ordinary people of Dillard, Oregon.

Michael A Tomlan. 1998. Preservation of what, for whom? : a critical look at historical significance. Ithaca, NY: National Council for Preservation Education.

Muneyoshi Yanagi, 1972. “The unknown craftsman; a Japanese insight into beauty.” 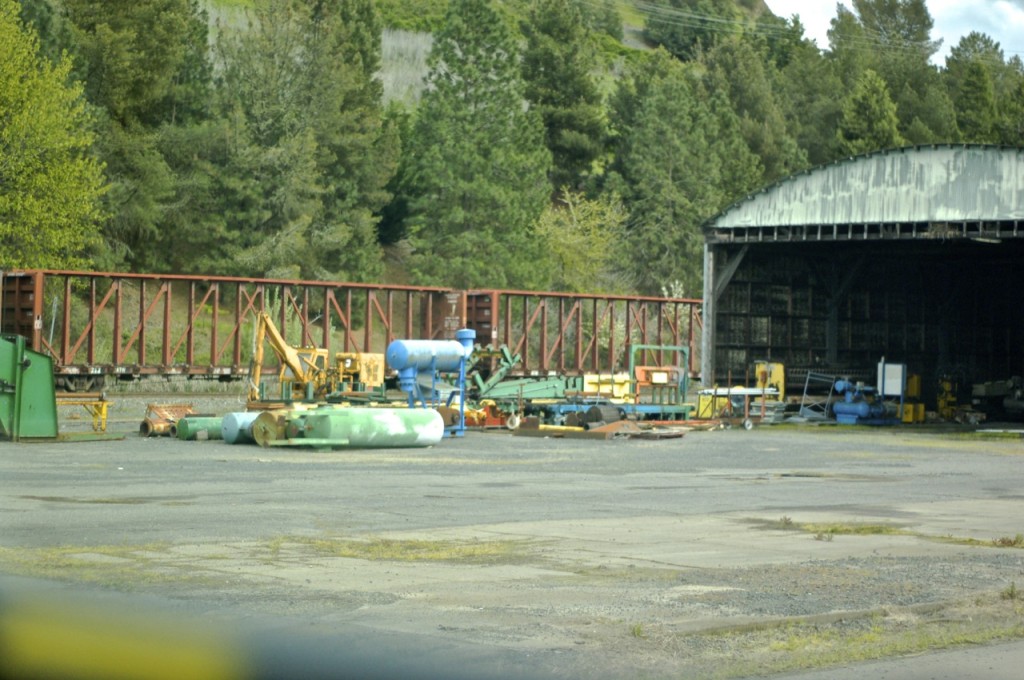 My best guess as to the former location of the DIllard Depot; next to the metal warehouse of the Roseburg Forest Products Plant.